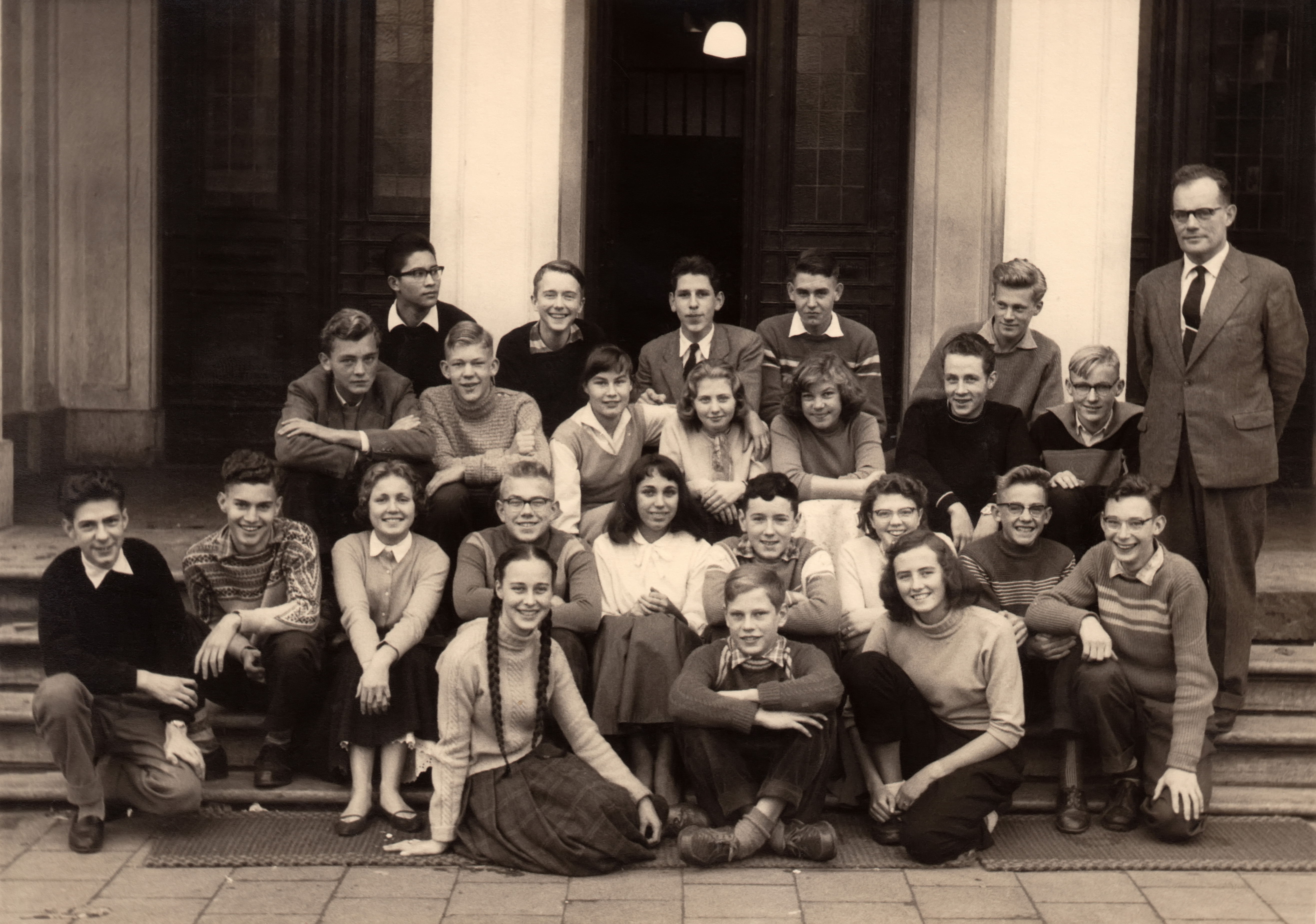 Not that many sharp memories left.

Not that many sharp memories left. The principal was Mr. Roorda, Teacher German was Herr Bolk, teacher Dutch was Mr. Drost and the math. teacher Mr. Voncke who had a major positive influence on my life. I should not forget Mr. Mulder, history, who could have had me expelled when he caught me placing stink bombs in class room doors, but he did not. My good friend was Bennie Snellenburg.